10 Things You Should Know About Teacup Pomeranian Dog Breed 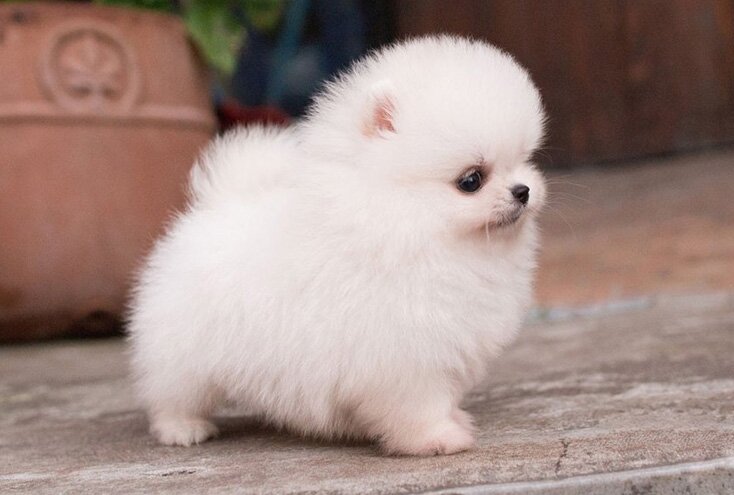 Is There a Teacup or miniature Pomeranian breed?

History of the Teacup Pomeranian

The Pomeranians are closely related to the Pomerania region, and it is believed that they were raised in this area as pets. The Wolfspitz or Spitz-type dogs of the Arctic region are regarded as their ancestors. The ancestors were used as sled dogs and later on for herding sheep as well as to protect livestock. The early dogs were large, but today you find them much smaller. The area Pomerania is not the place of origin, but it is where the first dog, the forebear of the Pomeranian was at first bred.

These teacup dogs were also creatures that caught the attention of the royal people. There is evidence in history that royalties such as Maria Antoinette, Josephine Beauharnais Queen Victoria and Queen Charlotte of England owned Pomeranians. These examples show that the Pomeranian breed was not only famous in the present but history. Queen Victoria of Britain even had the first breeding kennel for Pomeranians installed, and it is in England that first breed club and breed standard appeared in 1891.

Traits of the Teacup Pomeranian

This species of dog has few striking characteristics, and the paragraph here is going to be on them.  These cute creatures have a pointed face on a small, furry body and thus they look like a little lion weighing on an average of just 2kg. If you look at its head, you will see that it has a pointed shape more similar to a fox.

They also have a narrow muzzle, and you would see their ears sitting erect. As for the tail, the tail appears highly set, and it hangs just out of its body straightforwardly. When you look at its size, you would think that it is not that energetic, but your thoughts are wrong because these dogs are energetic and enthusiastic. These dogs have their own way of communicating through loud barks and yaps.

The coat of fur is another attractive point of these doggies. The coat appears to be soft with fluffiness. The undercoat is soft and fluffy, and their overcoat is long, straight and rough textured.

They come in different colors, and pet lovers have the freedom to choose their puppy from a range of colors. Some of the colors may be white, orange, brown and black. Most people love its orange color, as it is this color that makes it exactly resemble a little lion.

The Teacup Pomeranians can be divided mainly into three types according to its head shape. Some have a fox head type, and they resemble a fox. The second type in the Pomeranian category is the Babydoll faced ones. You will be awed by the dog’s looks because it is so cute. Once you see the dog, you will want to cuddle it tight.  The next type is the Teddy bear faced Pomeranians, and they look like teddy bears.

Colors of the Teacup Pomeranian The different colors of the Pomeranian make it very attractive to dog lovers. These dogs come in different coat colors. The small paragraph here is on the different colors of the Pomeranians. The Sable is a solid based coat with black-tipped guard hairs, and the color beaver descends from the chocolate color. Pomeranians also come in red and orange. Orange color also falls into the red category, and the colors dark cream, brown or chocolate also falls under red. Some of the Orange colored Pomeranians have on their backs black stripes.

These Pomeranians also come in lavender. The coats of lavender puppies have a light gray mixed with purple, and they are very expensive.  The merle coat is another attractive multi-colored coat, which is speckled with patches or dots of gray, red, or light blue. The other coat color is brindle. The coat of these dogs is a mix of colors and it contains two or three colors. The coat mixes with deep red, golden tan or light orange and you will see thin or thick stripes.

There are also black Pomeranian Teacup dogs. These dogs have a solid black color on its nose, lips eye rims, and paws. The white dogs look like snowballs. They are pure white in color, and they seem adorable with their shiny eyes.  These are some of the unique colors of the Pomeranian dogs.

The temperament of a Teacup Pomeranian

The Pomeranian is a lovable character and is very loyal to its family. They are lively little creatures and like to have fun and run around the household.  They love to move with their toys and human companions and often love to go on walks. Also, they love to mingle with their human companions. However, most of the time, these dogs show arrogant behavior towards other types of dogs. When properly socialized, they get along very well with other dogs.

Is it good to let your Teacup Pomeranians move with kids?

These dogs do not move well with children though they are in good terms with adults. Kids do not know when the fondling of the dog should be stopped, but the adults know when the dogs give warning signs, so these dogs snap at kids quickly. Kids could also be bringing trouble on the Pomeranians. They could injure and break their bones by dropping them or lifting them.  If you are leaving your pet with kids, you will have to keep your pet under supervision. The techniques to safeguard your dogs would be baby gates, crates, and puppy pens.

Due to its small sized looks, it is essential that you keep an eye on your dog because they could be easily injured. Their bones are very fragile, and huge attacks could also cause injuries to them. A huge dog could even break its neck. They also look for their space. These dogs could easily be fed up with physical interaction.  They are affectionate but hate too much of fondling with physical touches. It likes to maintain its comfort zone with a separate crate for it to sleep in.

They also show a guarding nature, which can be associated with their ancestors who were the guard, dogs protecting flocks of sheep from wolves. They will surely give you hints if there are any intruders to your house or a visitor to your house. These dogs are quite fond of barking using a high pitch, which could be ear piercing. The dog also has a way of getting the attention of its owner. Leave it in your backyard and hear it barking to get your attention out of boredom.

Health and care of the Teacup Pomeranians

These dogs just like other dogs have health issues. The following are some of the health issues that you will have to be mindful. Luxating patella causes the dog to limp. Therefore, you will have to be alert to symptoms that show the dog is in pain so you could take it to a vet.  The Black skin disease attacks male Pomeranians, which is a combination of hyperpigmentation and hair loss.  They also undergo chronic skin infections, gastrointestinal problems, viral infections and reproductive hormone disorders. Tracheal collapse is another health concern. The collapse makes the dog cough with a rough voice.

How much is a Teacup Pomeranian?

A Teacup Pomeranian puppy or dog is around $500. The highest price that it is being sold is at $4000. The average price ranges from $600 to $1500. A purebred Pomeranian will cost a high price, while the half or mixed breeds will cost lower. Buy your pets from trusted breeders only because there are thieves who will sell you the non-breeds at a higher price.

Yes, the Teacup Pomeranians shed. The double-coated dog breeds of the Pomeranian shed twice a year.  They usually shed their undercoats over a period of 3-6 weeks.

Sometimes your dog will shed around 6-12 weeks each year.  Due to this shedding, these dogs will need hands-on care, and they need baths. Brushing the dog’s coat at least two to three times a week will be best if it is shedding.  The suitable option for shedding is the shaved Pomeranian lion cut. You will have to train it to the brushing by stroking it at first with a soft brush.

What is the lifespan, weight, and size of a Teacup Pomeranian?

The Teacup Pomeranian ranges from 7 pounds or less in weight. You will find its size very small, but its lifespan is very long. The dog could live from 12 to 16 years. This lifespan could be lengthened more by feeding it a well-balanced diet, and by making it engage in plenty of exercises. Paying attention to all its health problems and giving proper care also will help the dog’s owner to have its lifespan increased.

Socialization will be necessary for your dog. Begin the socialization when it is at a young stage. This procedure will make it very friendly to visitors and make it an extrovert. Put it in places where there is a lot of noise and people so that it gets used to a large crowd and will mingle easily with them. Positive reinforcement training will help you have an obedient well-disciplined dog. These dogs are very appealing to dog lovers because of its size and cuteness.

Buy a pup from a well-known breeder so that your puppy will be free from disorders. When choosing your pup, make sure that your pup’s parents are pure breeds. You could also pick from a variety of colorful coats and types of Pomeranians. The article here will be useful for you to choose the cutest Teacup Pomeranian! 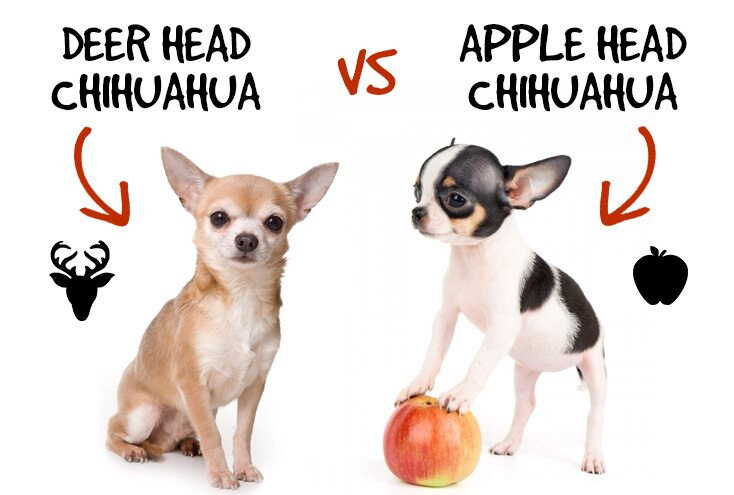 The Chihuahua dogs are a small breed, and due to their small size, people love them. People love to have them as pets. There are … People love pets, and many prefer to have dogs. Among dogs, there are different breeds of dogs from the smallest sized ones to the …